Celebrate the Season-Advent Day 1- What’s in a name?

I find it pretty funny that, according to several books, my name translates to the meaning, “Graceful” or “full of grace”.  Assuming the translation refers to the art of being graceful (or “lady-like” as my mother would say),  hang around me long enough and you’ll find out how graceful I am not.  My name was not picked by happenstance… I was named for two of my aunts.  Though I could be wrong, I’m pretty sure my mother didn’t name me with the thought that either I was a graceful baby or that I would live my life gracefully just because my name translated so.

Picking a name for a child is a tough job… my husband and I had the hardest time deciding on each of our girls’ names.  Honestly, I didn’t look at the meanings of their names or if I did, I didn’t give it second thought.  I just went with the name that I liked.

My advent reading today was Isaiah 9:1-7 and I focused on the names that this prophecy gave Christ…the names were descriptive of who this “son” was going to be… Wonderful Counselor, Mighty God, Everlasting Father, Prince of Peace.  I love these terms, not just because I can sing them (Hallelujah Chorus), but because of what these four or possibly five names can really mean.

Wonderful- astonishing, amazing.. wonderful goes beyond good, even beyond great….. wonderful exceeds expectations and in most cases blows us away

Counselor- who can I depend on to guide me in the best direction?  Who can I confide in? Who can I gain understanding from?  Yep, it would be the counselor…. or rather, the Wonderful Counselor

Mighty God-  I love the term mighty.  From what I can comprehend about God… there is nothing that can touch Him… He is mighty and more powerful than all

Everlasting Father- Never ending…. No death…. infinity and beyond … However you best understand it, God is forever.

Christ lives up to his name…Just one of the many reasons to celebrate the season and the hope that it brings.

1 Nevertheless, that time of darkness and despair will not go on forever. The land of Zebulun and Naphtali will be humbled, but there will be a time in the future when Galilee of the Gentiles, which lies along the road that runs between the Jordan and the sea, will be filled with glory.

2 The people who walk in darkness
will see a great light.
For those who live in a land of deep darkness,
a light will shine.
3 You will enlarge the nation of Israel,
and its people will rejoice.
They will rejoice before you
as people rejoice at the harvest
and like warriors dividing the plunder.
4 For you will break the yoke of their slavery
and lift the heavy burden from their shoulders.
You will break the oppressor’s rod,
just as you did when you destroyed the army of Midian.
5 The boots of the warrior
and the uniforms bloodstained by war
will all be burned.
They will be fuel for the fire.

6 For a child is born to us,
a son is given to us.
The government will rest on his shoulders.
And he will be called:
Wonderful Counselor,[d] Mighty God,
Everlasting Father, Prince of Peace.
7 His government and its peace
will never end.
He will rule with fairness and justice from the throne of his ancestor David
for all eternity.
The passionate commitment of the Lord of Heaven’s Armies
will make this happen!

Posted by Nancy on December 2, 2009 in Devotions, Faith

Little House on the Prairie… My Summer, Part 2

When I zoned out at school as a child, I went to other places and was totally infatuated with the plans that I imagined in my mind.  At that stage of my life I was totally oblivious to the lack of reality that I was seeking and at times longed for…. 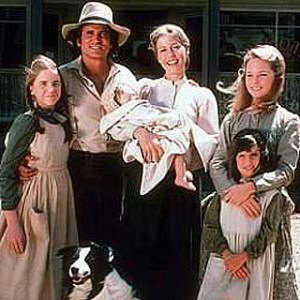 I figured most of these out by the time I was in High School but the last one, the Little House one… that one just stunned me a few months ago when my daughter recently spent her birthday money to complete her collection of each season of the series.  I never realized how many tears Michael Landon had to squeeze out each week or so.  Now, I’m not knocking the series at all… still love it… but when you watch them back to back you realize what troubles those people had.  The bullying, the blindness, the ruined crops, the death, the orphans, the overweight people, the illnesses, the storms… Mercy! and I thought I wanted to be in the midst of it…

However, there was one episode where a dying mother asked Charles Ingalls to help her find a home for her children.  In his heart, he wanted to keep them but knew in his head that it wasn’t possible.  He searched and searched but found nothing… no one wanted to take three children.  He finally decided to give them each a home separately.  Once again, his heart was aching because he wanted to keep them …. more tears.  In the end there was a happy home for all together.

I experienced a tiny bit of that emotional Little House episode this summer…   A year ago I had a grandmother come to me to share with me the news of a her terminal illness.  It broke my heart because she had full custody of her grandson.  Her family taking him was not an option so she asked me to help her find a good home for him.  Now, I am a Children’s Pastor… I know nothing about this type of situation except that I wanted to grab him, build an extra bedroom and take him home but that was not to be….As it worked out she was able to find someone… only to find out that the situation wasn’t what she had hoped for.  So, she asked me and another lady from our church to help again.  This time though, time was precious….. she was growing worse.

My story was a bit different though.  I had technology to get the word out and I had people longing for a child.  The outcome was good.  We found a family…. friends of mine and for them it was an answer to a 20 year old prayer.  He is loved much by the family.

I have often thought about the grandmother.  Her act was bold, courageous and selfless.  She thought only of this child and his well being.  I’m pretty sure, if I was placed in the same situation, that I probably wouldn’t be able to do that.

I taught the kids tonight about Moses as a baby.  His mother, in some ways, did almost that same selfless act.  She had no way to know that when she hid her baby that her life wouldn’t be ended should he be found… she also had no idea when she placed him in the basket and sent him on his way that he wouldn’t drown… she also had no way to know what the reaction of Pharoah’s daughter would be to a Hebrew baby.  Moses ended up being just fine… and his biological mother even got to help raise him.

Both of these stories ended with a happy ending… not necessarily an emotionally void ending but a heart-warming ending.

The Birth of Moses

1 Now a man of the house of Levi married a Levite woman, 2 and she became pregnant and gave birth to a son. When she saw that he was a fine child, she hid him for three months. 3 But when she could hide him no longer, she got a papyrus basket for him and coated it with tar and pitch. Then she placed the child in it and put it among the reeds along the bank of the Nile. 4 His sister stood at a distance to see what would happen to him.

5 Then Pharaoh’s daughter went down to the Nile to bathe, and her attendants were walking along the river bank. She saw the basket among the reeds and sent her slave girl to get it. 6 She opened it and saw the baby. He was crying, and she felt sorry for him. “This is one of the Hebrew babies,” she said.

7 Then his sister asked Pharaoh’s daughter, “Shall I go and get one of the Hebrew women to nurse the baby for you?”

8 “Yes, go,” she answered. And the girl went and got the baby’s mother. 9 Pharaoh’s daughter said to her, “Take this baby and nurse him for me, and I will pay you.” So the woman took the baby and nursed him. 10 When the child grew older, she took him to Pharaoh’s daughter and he became her son. She named him Moses,  saying, “I drew him out of the water.”

Posted by Nancy on September 17, 2009 in Devotions, Faith, Life Stories