Believe in You – You Will Bloom! 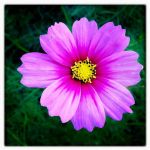 The gymnasium was packed, completely  showing that the developers of that school building had not anticipated such a growth in the area.  Due to fire code restrictions, students could only have three tickets each and even with that restriction, there was standing room only.     Even after numerous reminders by my daughter, I still forgot our tickets which required a quick trip back home and ended with a tail end entrance to the event.   Seating was limited and to prevent being whisked away to the overflow room we had the good fortune of being directed to sit on the choral bleachers.    So instead of facing the stage where all of the kids received their promotion certificate, we sat facing the 400+  students;  a new perspective.  I watched the faces of the eighth-grade class.

The event was a well-organized program with a video commemorating the class’s year, a choral song or two, a class speech, award presentations, acknowledgments and a lot of whoops and hollers for all of the kids who had struck a chord with their classmates somewhere down the line.  During one point of acknowledgement, a teacher had students stand according to their team or club participation.  We, like other parents, waited to see our daughter stand.  The football team, basketball ball team, archery team, Beta club, choral group, band, wrestling, and on and on and on… all asked to rise.  Some groups received loud cheers while others received moderate applause.  Those acknowledgements ended with asking all of the students who had been a part of any of acknowledgements to stand again.  I would guess about 80% of the students stood and words were said about the greatness of the kids, the greatness of their representation and the greatness of the school.  Roaring applause erupted.  I watched the faces of the eighth-grade class.

Then arrived the mome

nt in which each parent had their video camera ready, to hear their child’s name read and for some, hopefully, pronounced correctly.  It was also the same moment that many kids had been waiting for, to hear how popular they were to their classmates and how proud their family was of them.  It was very apparent as the names were read which students had left an impression on the masses.  The cheers, roars, applause and yelps were at times comical while the awkward silence that followed for the next child was almost painful.  I watched the faces of the eight-grade class.  I watched the faces of the kids who didn’t get the “high fives” on the way back to their seats.  The faces of the kids who didn’t stand because they weren’t in a club or on a team.  The faces of the kids whose only acknowledgement of their time in Middle School was their name being read with no applause following or only the applause of the three ticket holders they were allowed to invite.  It was to them I wish someone would have spoken… I wish I could have spoken.

If so, I would have spoken to all of the kids……   I would have told them;  eighth grade is not the pinnacle, nor is high school.  Work and look beyond those years. Whether you stood during acknowledgements of accomplishments or whether you sat, whether following your name announcement there was loud applause and cheers or whether the room was quiet, whether you received an award or whether you struggled to pass eighth grade, look around you… A few sitting in this room may always be your friends, however, most will only be memories of a season.  So, don’t allow your peers to measure your worth for they will give you a false sense of your value.  Those who received accolades, applause, cheers, participated in numerous clubs and teams, you have bloomed ear 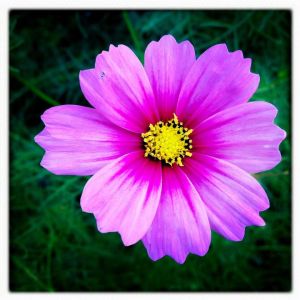 ly but be careful, early bloomers face the danger of exposure.  Cover yourself with humility to avoid the damaging effects that the frost of arrogance, privilege, and self-importance bring.    To those remaining students, those who may not have had a moment to shine today.  It is okay.  Hold your head up!  You are a bud just waiting for the right season to bloom. Believe in yourself, be proud of who you are, who you will be and when you bloom you will have the maturity and patience to change the world!!

Posted by Nancy on May 28, 2016 in Life Stories, Uncategorized